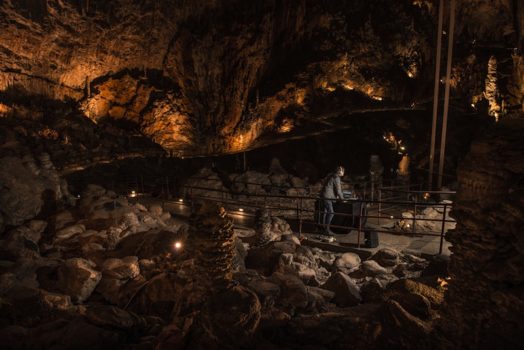 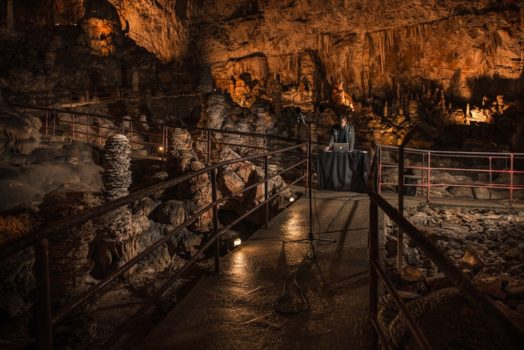 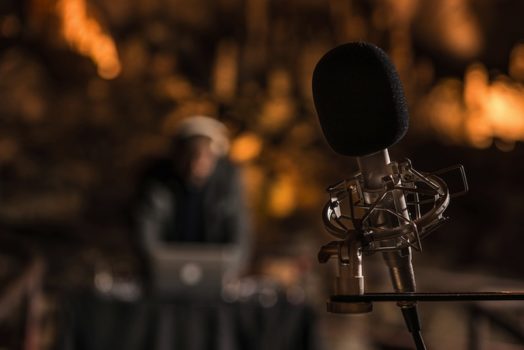 The work Guttatim (a latin expression for “drop by drop”) was recorded in the so called Grotta Gigante (Giant Cave) in Trieste, Italy, the world’s largest single chamber underground cave. Starting from the sound of waterdrops rythmically falling on a stalagmite the recording then was played back to capture the resonance of the drops echoing in the vast cave creating a very dark and deep sound composition.