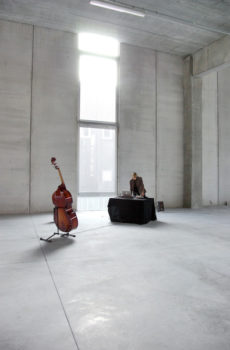 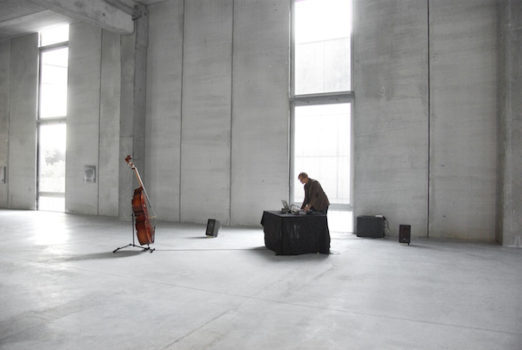 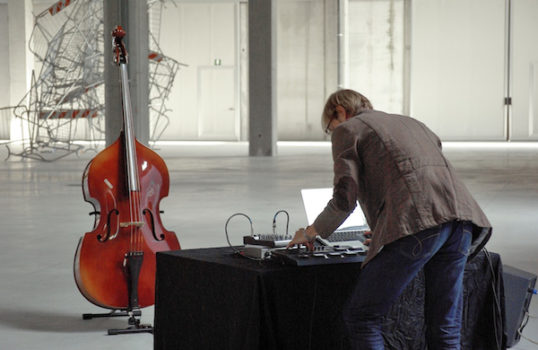 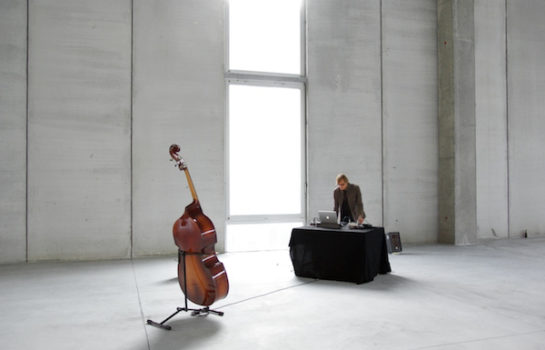 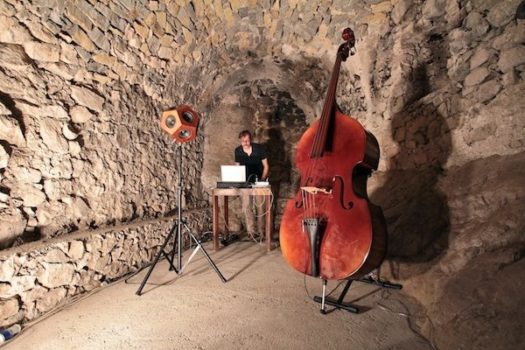 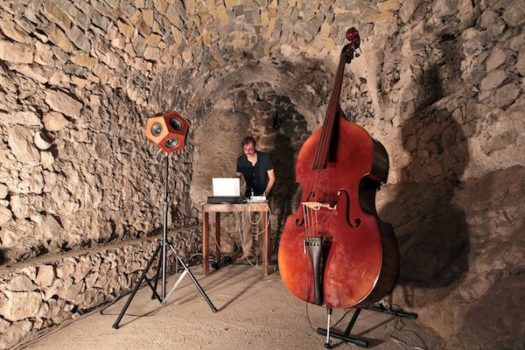 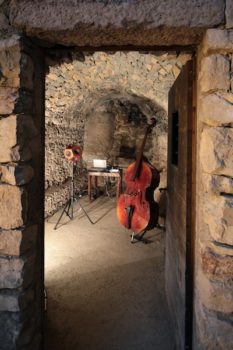 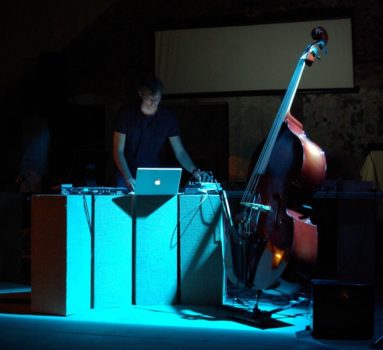 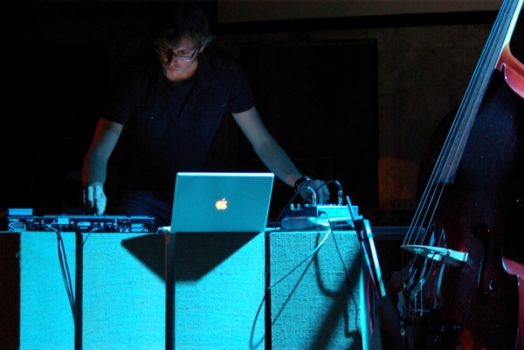 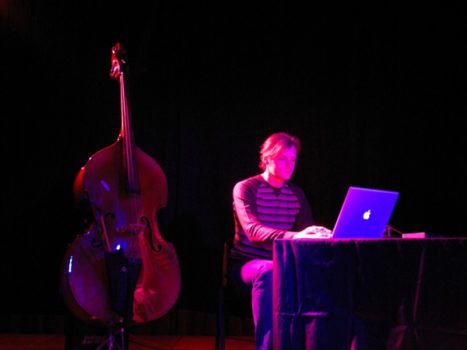 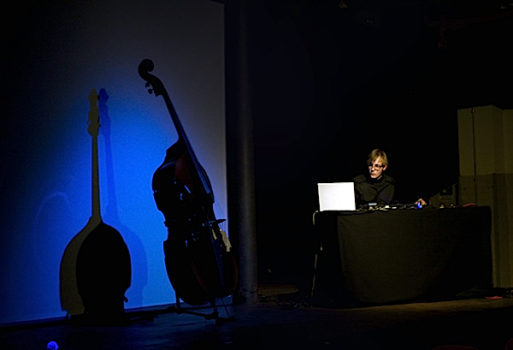 In the music performance desmorone the double bass is used as a mere sounding board instead of being played properly as instrument to generate notes or sounds: the common instrumental skills are indeed led to “level zero” by acting exclusively through the physics of sound on the instrument without ever touching its strings.
The performance starts off by playing some sine waves through the sound system to induce resonance in the instrument: the vibrations of the double bass then become an audio signal in the computer that triggers a larsen effect. The sound texture therefore expands and is layered with microtonal variations and harmonic beats reflecting the acoustics of the room.