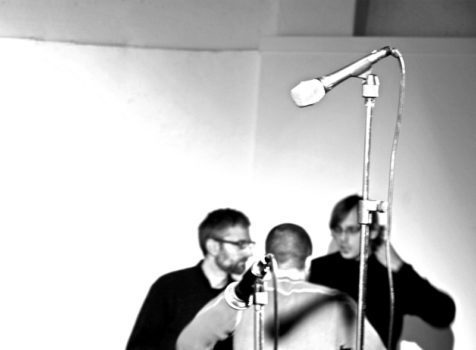 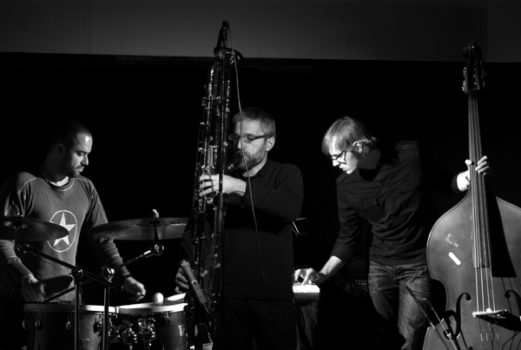 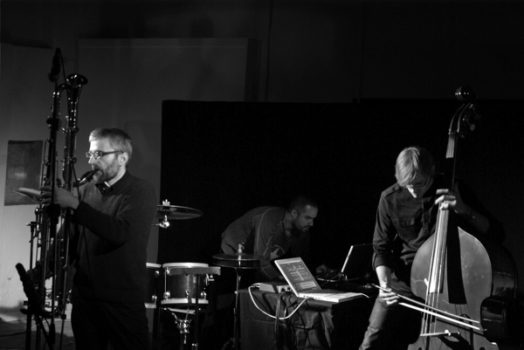 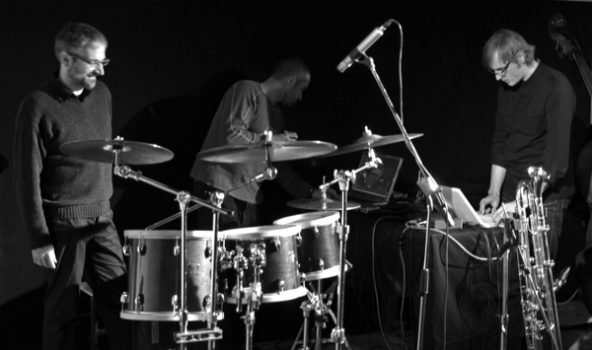 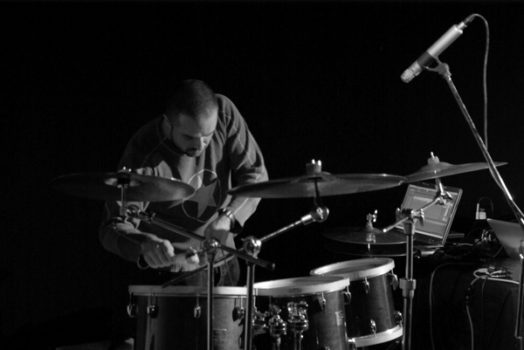 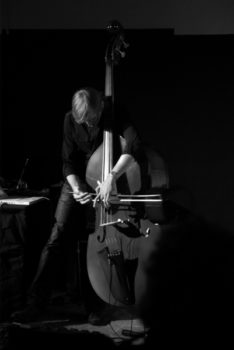 PETROLIO is an improvised electro-acoustic music project that follows instant  compositional structures, generated by the intense interaction between the musicians and the acoustic space of the performance towards minimal atmospheres and microtonal textures. The name of the band, PETROLIO (coal oil), represents perfectly the music that they create: a dark, viscous, gloomy, enigmatic and intriguing soundscape. The name of the band is also a tribute to Pasolini’s novel Petrolio.
Great importance is given to the timbric experimentation and to the uncommon sonorities produced by the instruments through the use of extended techinques and real time sound processing. The minimal non-jazz playing issupplemented with electronics, samplings and field recordings (but the band buries “any trace of field recordings deep in their electroacoustic soundworld” Richard Pinnell – The Wire Magazine).
The band works also via internet sharing music files and revising the raw music collected during their live performances and recording sessions. The reprocessed material is then used as source for new improvisations in a perpetual metamorphosis and evolution of their sound.