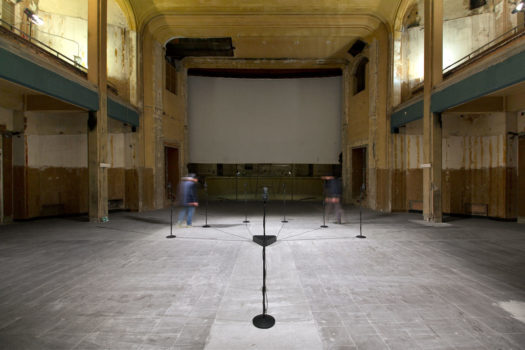 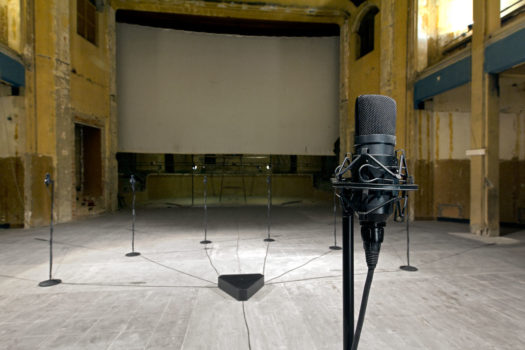 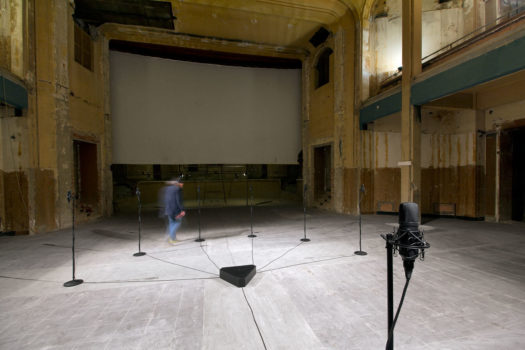 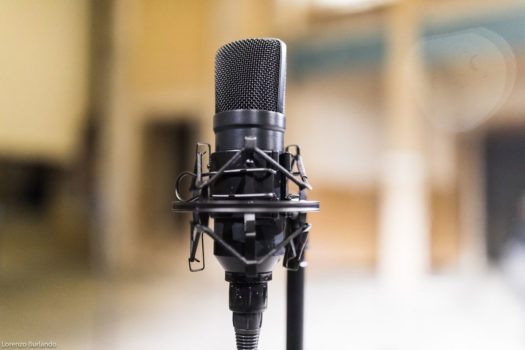 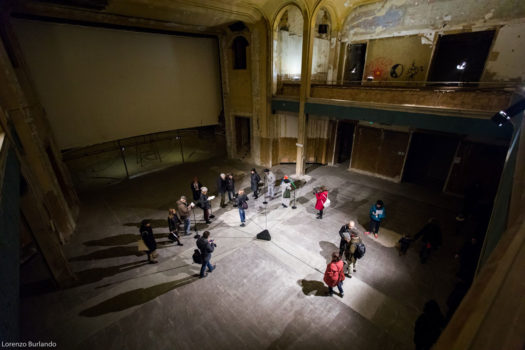 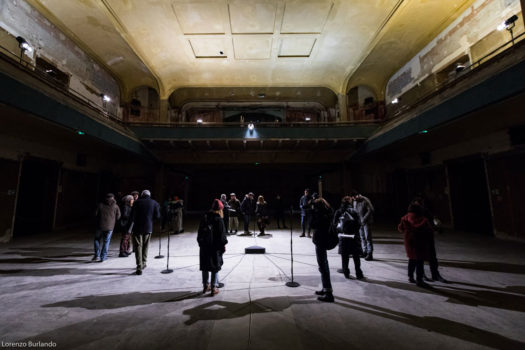 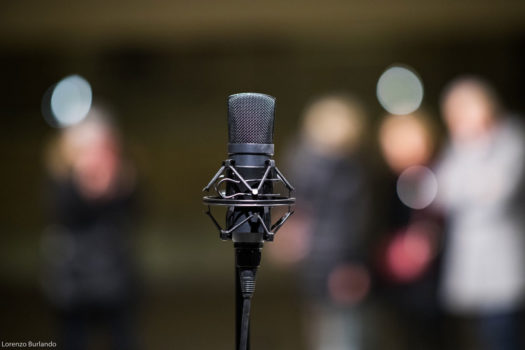 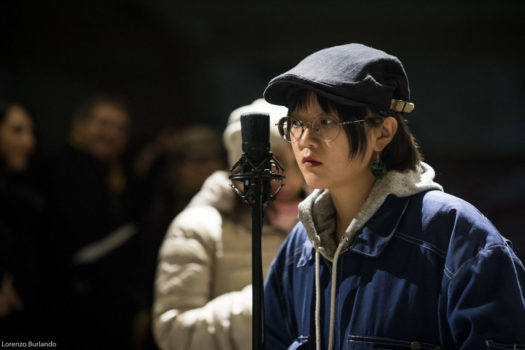 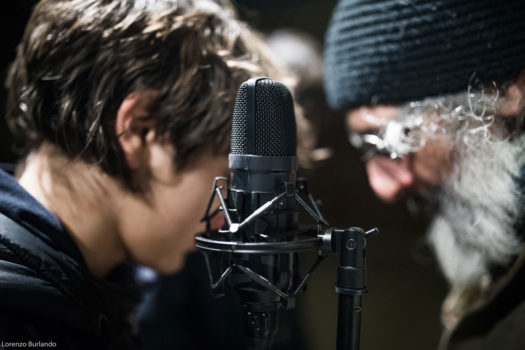 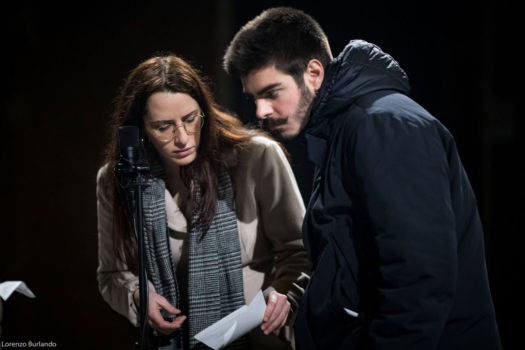 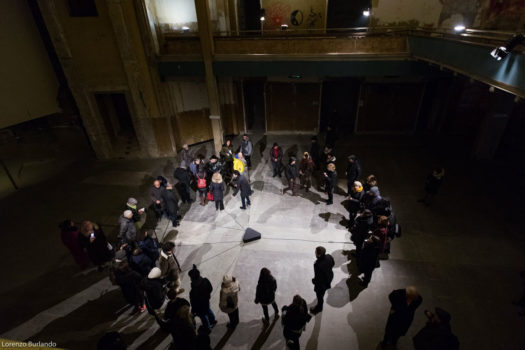 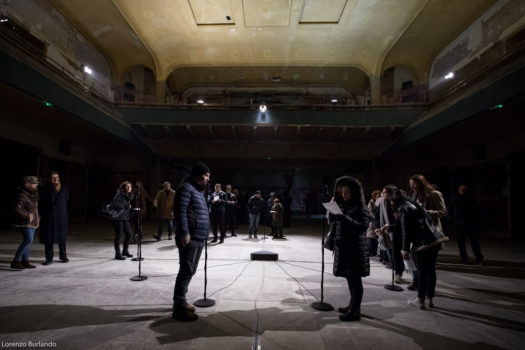 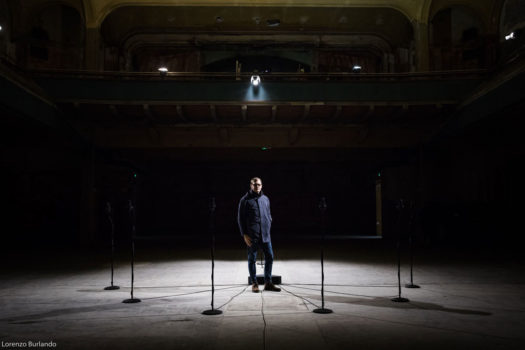 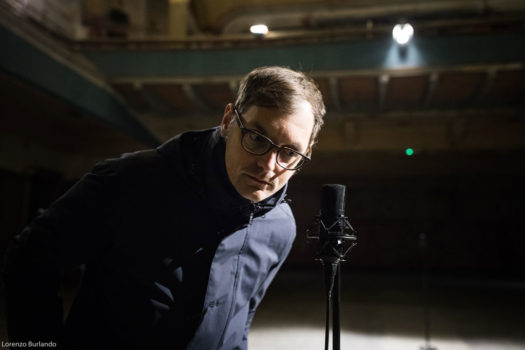 Again Anew (Before the Film) is a site specific sound installation that uses as source material a few previously unreleased interviews that Gideon Bachmann did with some of the Masters of Italian cinema such as Michelangelo Antonioni, Bernardo Bertolucci, Federico Fellini, Pier Paolo Pasolini, Francesco Rosi and Vittorio Taviani.
From tens of hours of original audio recordings in Cinemazero’s archive, only one short and sharp sentence for each director was excerpted. Those sentences are played back in loop through modified microphones, so as to create a murmur as if in the movie theater there were an audience chattering before the film showing. As the voices are looped, they slowly become less intelligible, as they were recorded reverberating in the empty movie theater and exciting the acoustic resonance frequencies of the hall thus creating, at the end of the installation, a choir tuned into the sound frequencies of the former movie theater.