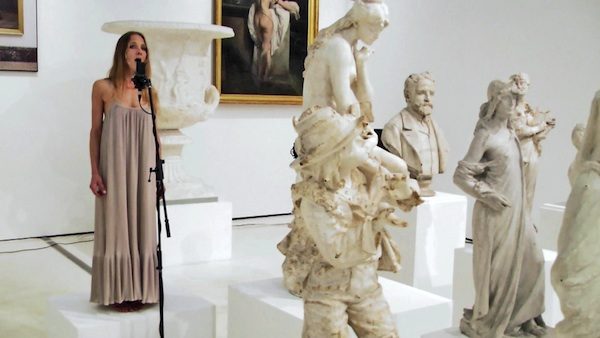 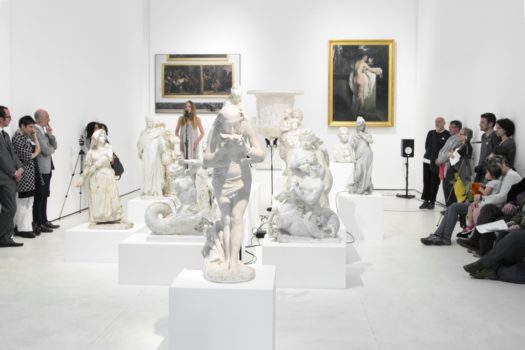 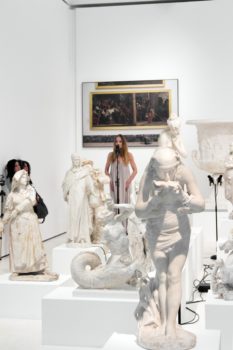 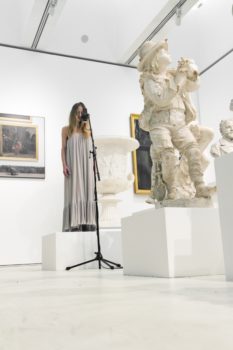 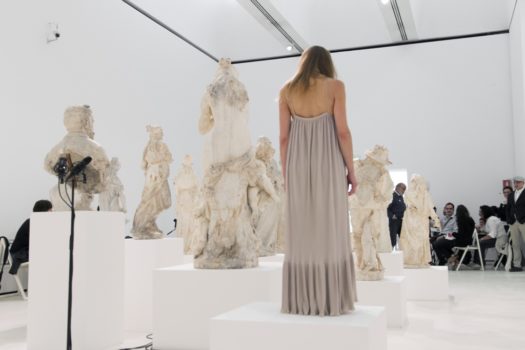 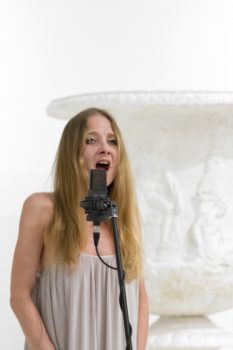 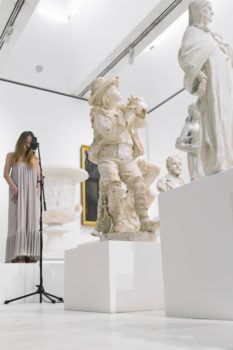 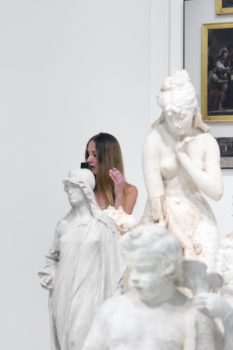 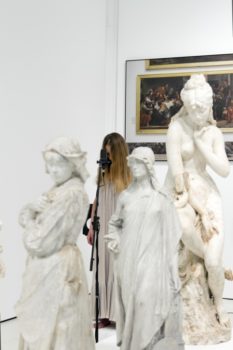 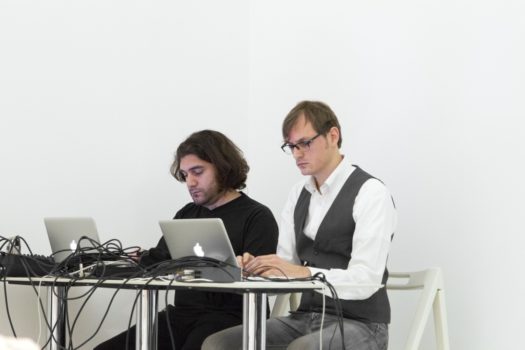 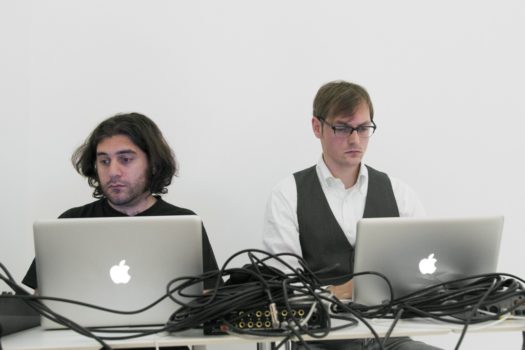 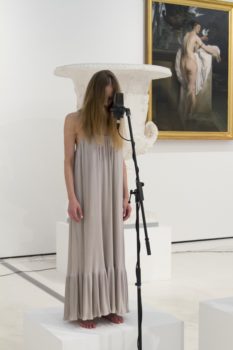 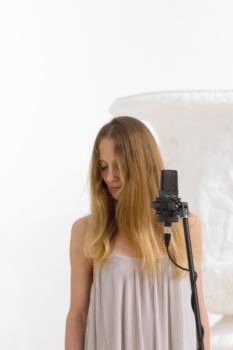 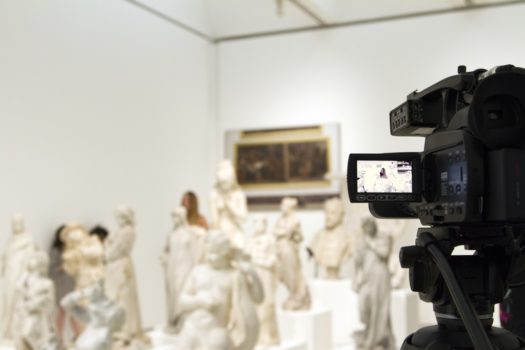 The music performance Audible Forms interacts with the plaster sculptures exhibited at Mart Museum and with the site specific sound installation in which the resonance ratio between the negative spaces – interior and exterior – of four statues was recorded so as to create what can be called an “acoustic cast” of the sculptures.
A singer, standing on a pedestal among the statues, sings on the frequencies recorded in each plaster cast, creating a musical interaction between the sounds of the statues and her voice. Real time voice samplings and live electronics processing create, at the end of the composition, a choir of voices as if all the statues of the room were singing together.