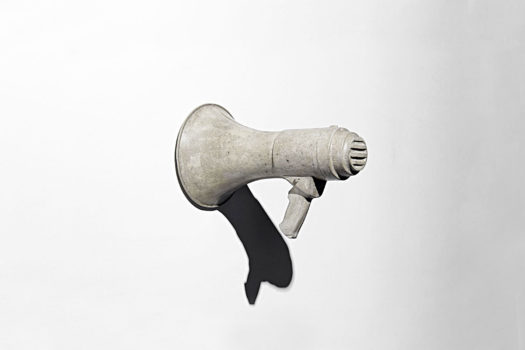 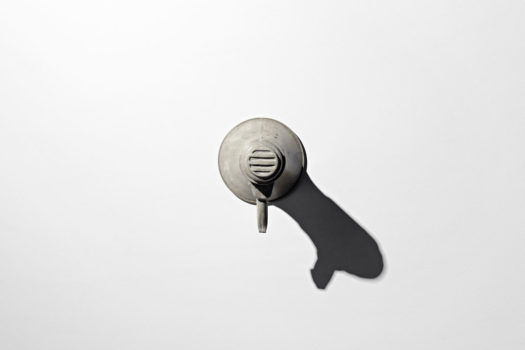 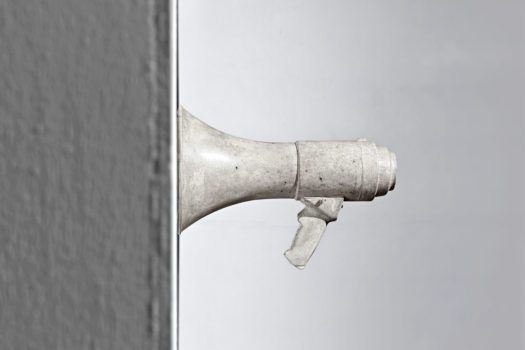 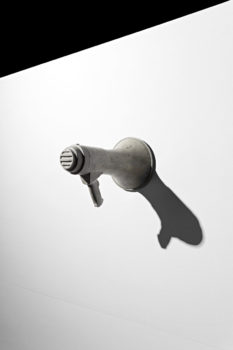 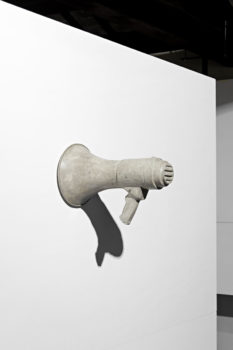 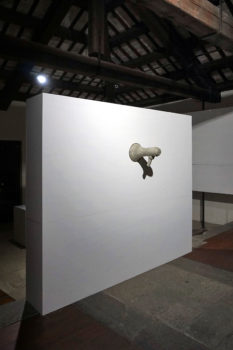 A megaphone, the object par excellence that gives voice to those who want to be heard, becomes mute, unable to perform its function of amplifying the people’s voice, since it’s been transformed into a concrete cast hanging on the wall of the gallery.
The sculpture Nothing to Say takes the form of an assertion that seems to be a subtle provocation, a silent cry of protest: there is nothing to say. It is a paradox and an outcry against the media confusion in our daily life. This negative statement attests to a sense of impossibility (impotence) which, however, is also a search for meaning, a moment of intimate reflection. Having nothing to say is also, above all, a choice to remain silent. And by asserting this, the result is an antinomy (“I have nothing to say, and I am saying it” stated John Cage) which exposes the artist to a contradiction that lies, perhaps, at the bottom of the creative act; and exactly in all this lies the artist’s (in)coherence.
This concrete megaphone against a wall is apparently light, but it’s just as heavy as its silence is deafening.