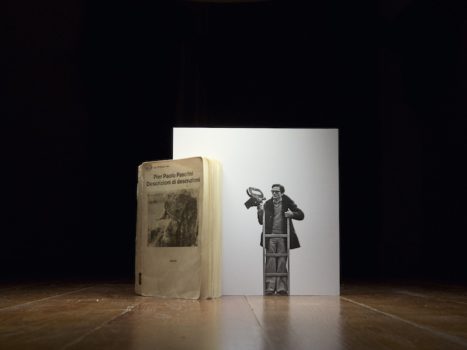 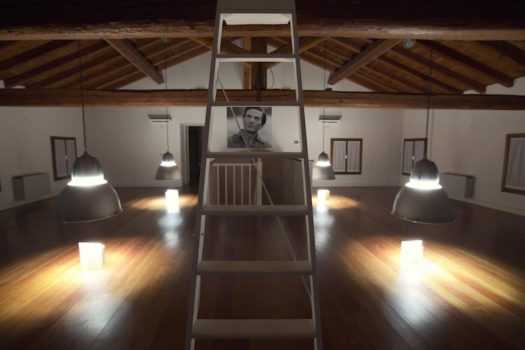 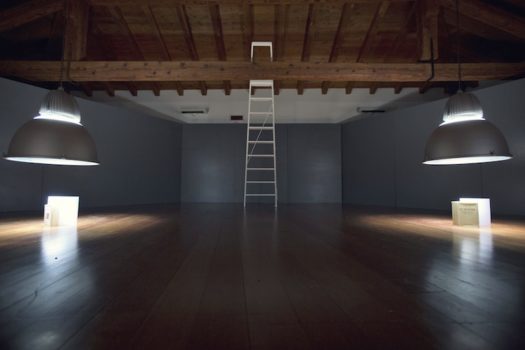 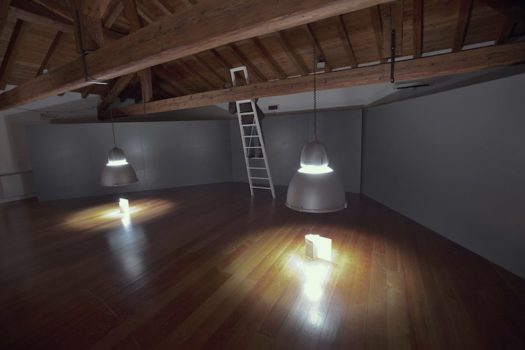 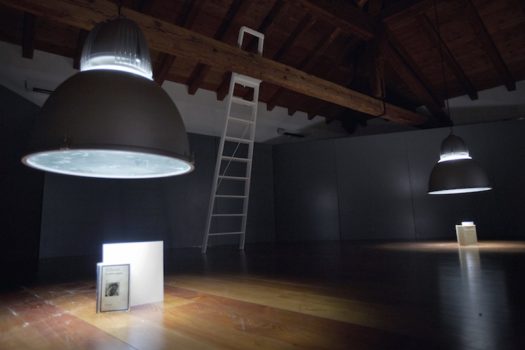 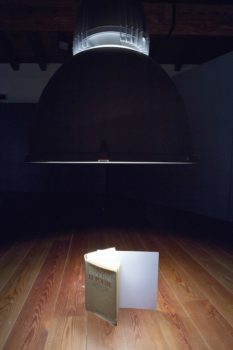 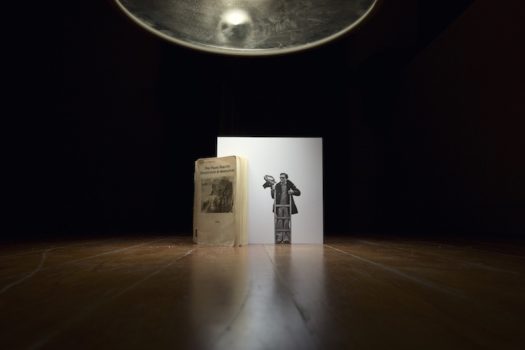 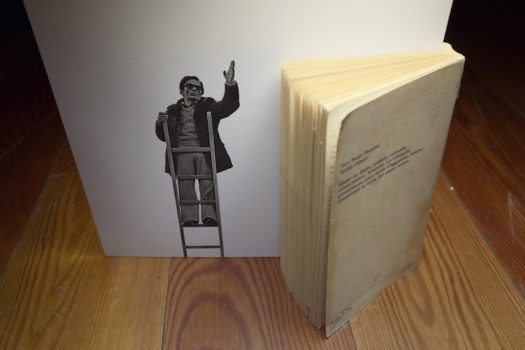 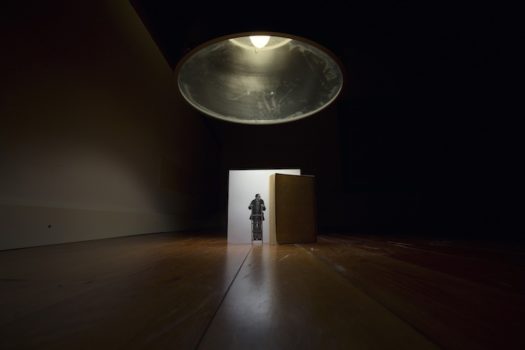 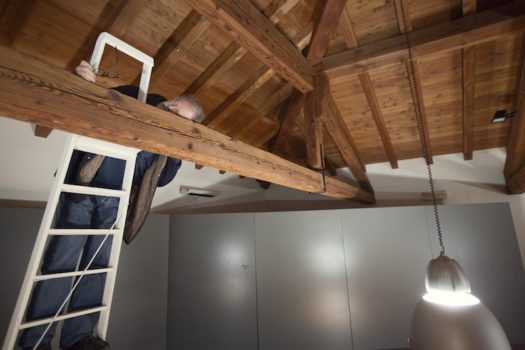 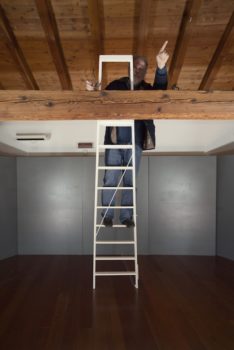 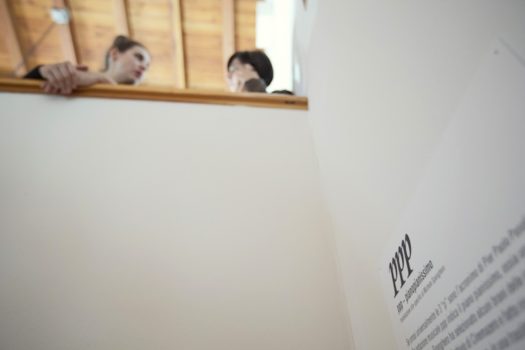 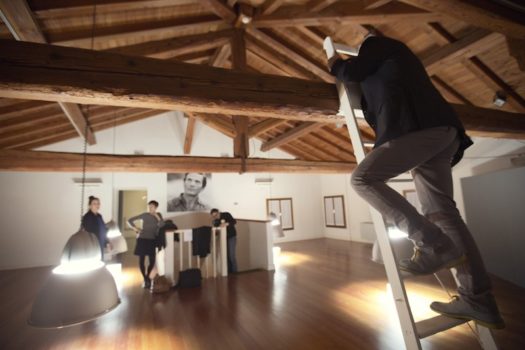 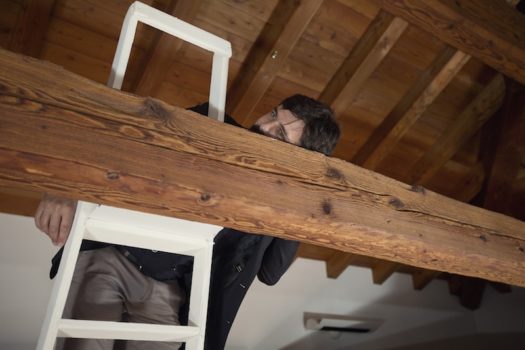 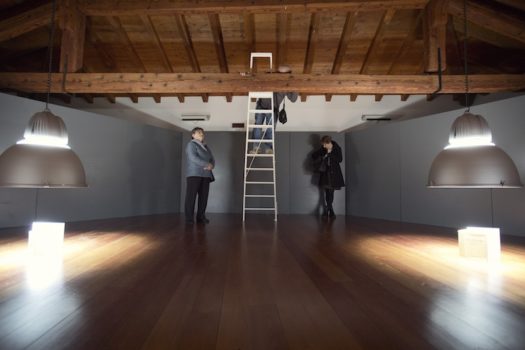 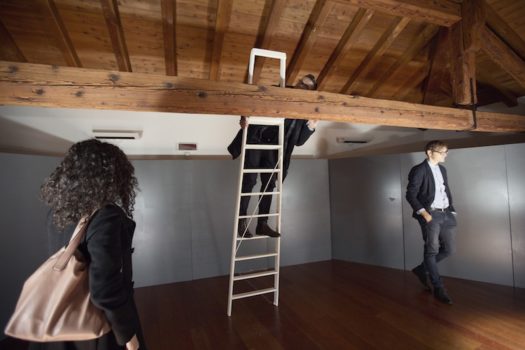 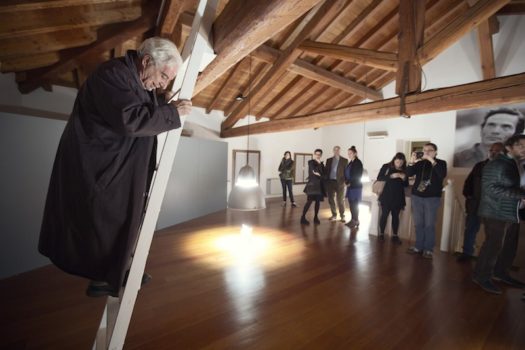 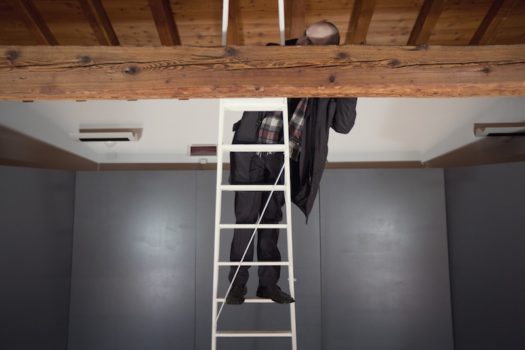 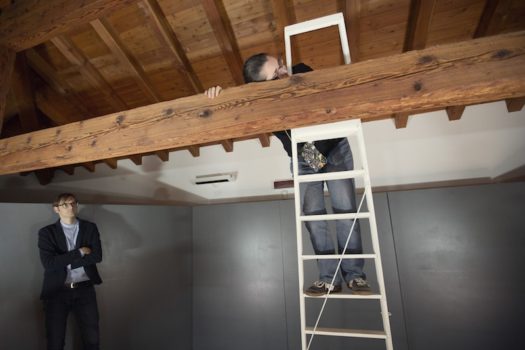 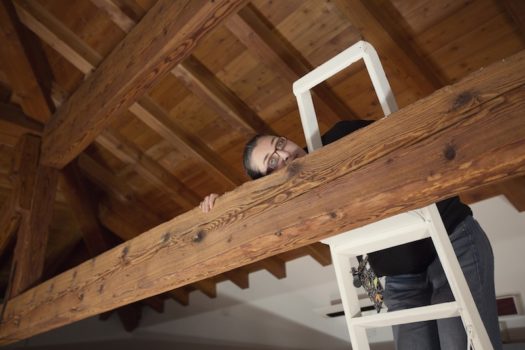 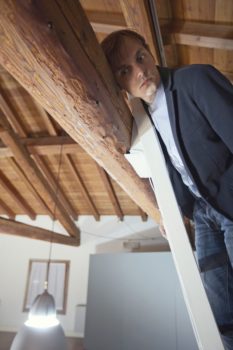 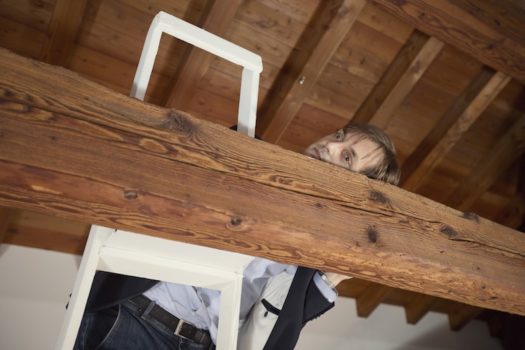 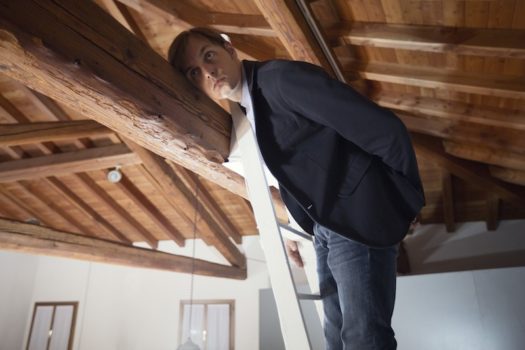 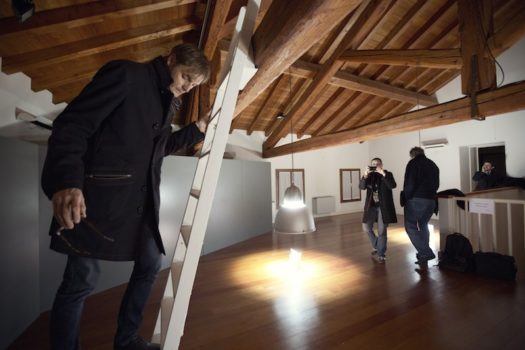 ppp-pianopianissimo is a site-specific installation created for the house of Pier Paolo Pasolini. The project uses raw audio material by G. Bachmann and photos by D. Beer archived by Cinemazero. A few particularly significant Pasolini’s sentences were selected among dozens of hours of partly unpublished interviews. These audio fragments were played back in a room of Pasolini’s house and their resonance was recorded until the words became a litany no longer discernible. This ghostly sound is what the spectators hear when they enter the installation; when they climb on the ladder (as Pasolini usually did while directing his movies) and lean their ear against the ceiling beam, they may distinctly listen to the voice of Pasolini flowing in the wood, as if the structure of the house were soaked with Pasolini’s words. The title refers to the famous acronym of Pier Paolo Pasolini “PPP” and the musical notation, where “ppp” indicates “piano pianissimo”, a subtle sound dynamic, as the sounds derived from the voice of Pasolini that resonate in the installation.