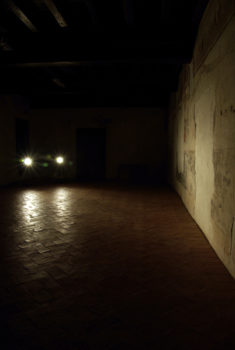 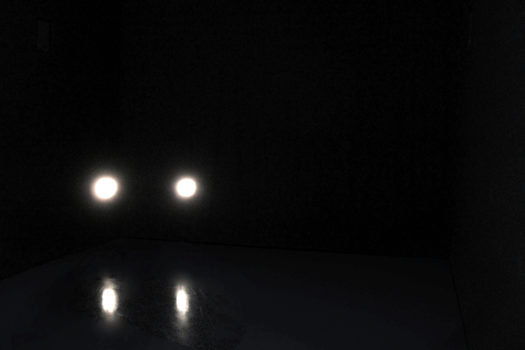 R-12 Dvina is a sound installation that recreates the acoustic space of a bunker of the missiles base in Zeltini (Aluksne region, North Latvia), where, in such a reverberating space, the artist has played his doublebass. The quadraphonic installation tries to be as close as possible to the acoustic situation found in the bunker.
The title R-12 Dvina is derived from the Soviet missiles that were formerly stored in the bunker, so as to evoke their absence in the empty bunker. The installation presents a dark room lit by only two car lights that allude to the artist’s car lights which had been switched on to lighten the abandoned bunker while playing and recording the instrument.