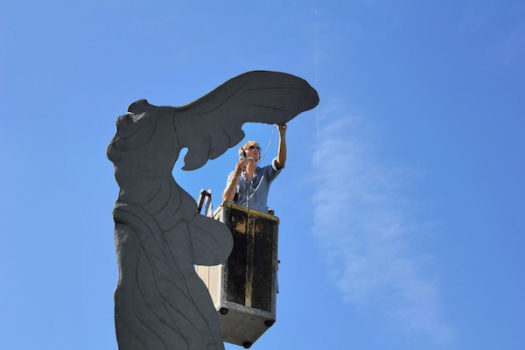 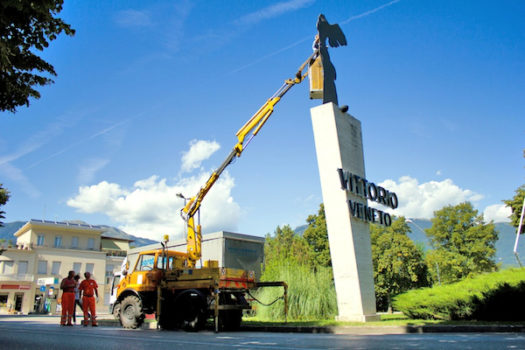 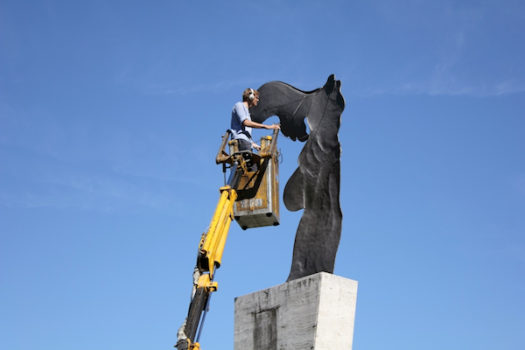 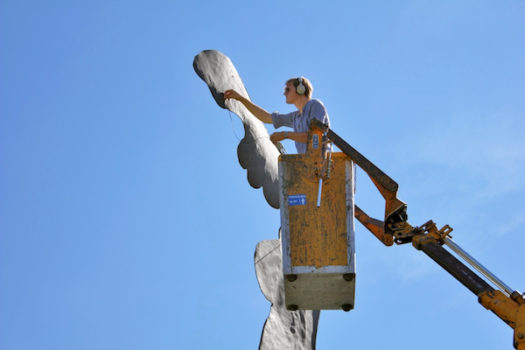 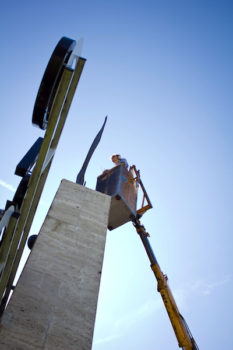 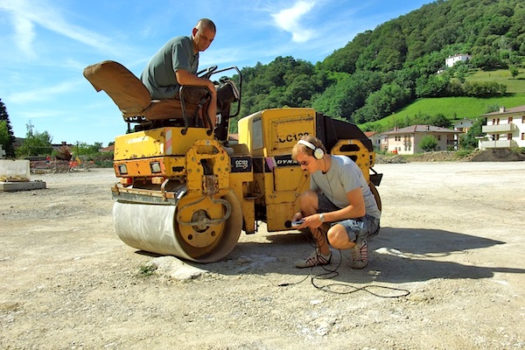 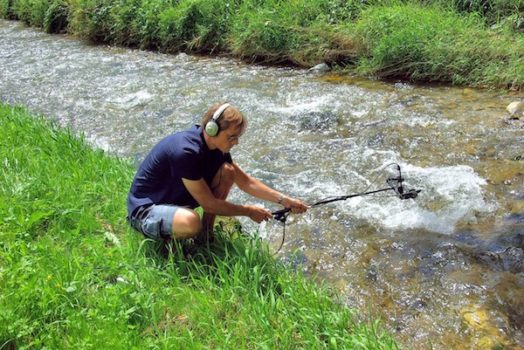 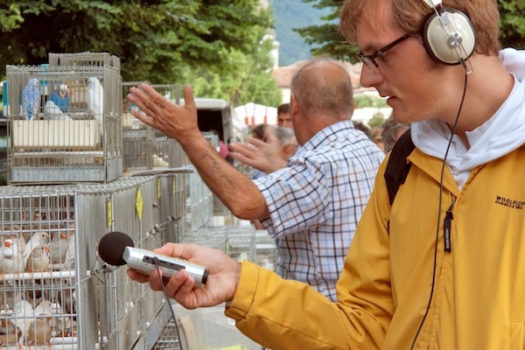 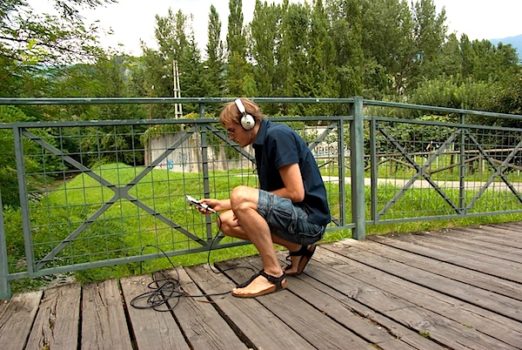 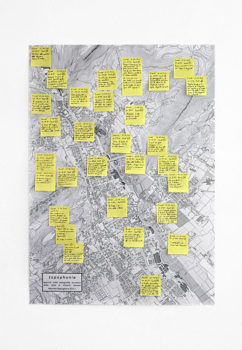 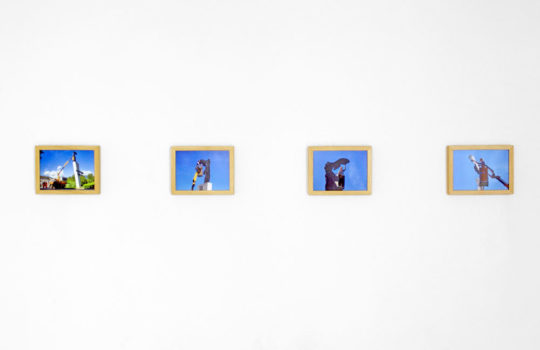 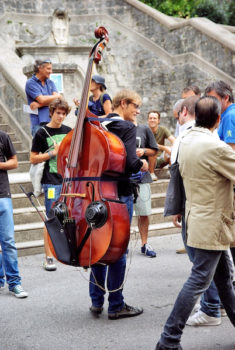 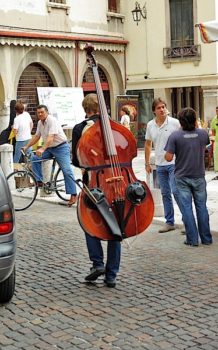 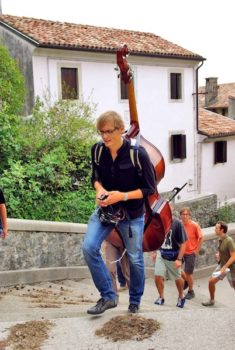 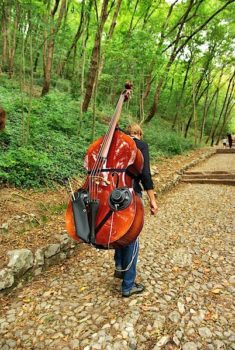 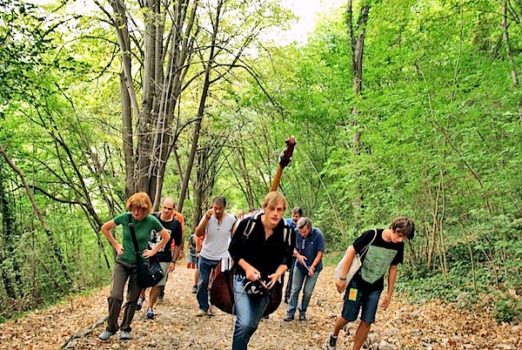 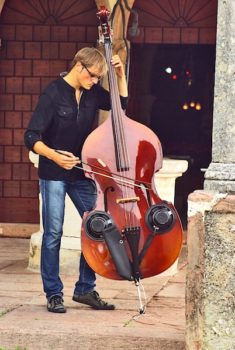 The site specific project Topophonie comisioned by Comodamente festival consisted of a detailed work of soundmapping the city of Vittorio Veneto: the noises of the working men and the voices of the inhabitants, but also sounds and noises of the city center were recorded.

The exhibition brought together the documentation of the project along with a sound installation with the resonance of the traffic on the statue of Winged Victory, the symbol of the city; while the final performance of the project was a soundwalk through the city in which some field recordings were played on the body of the double bass thus creating a double layering of sounds, environmental and recorded.

Video of the performance: